Welcome to the Auburn University Center for Neuroscience Initiative.

Auburn researchers work to mitigate against mental, neurological and substance use disorders, which make up a substantial
proportion of the world’s disease burden. The team of experts collaborate to increase fundamental knowledge about the brain
and nervous system and to use that knowledge to reduce the burden of neurological disease. Priyanka Pinky – a CNS member co-advised by Drs. Vishnu Suppiramaniam and Miranda Reed – was chosen as recipient of a 2020 Predoctoral Fellowship in Pharmacology/Toxicology from the Pharmaceutical Research and Manufacturers of America (PhRMA) Foundation. This award provides $26,000 per year, up to two years, to support career development activities of scientists embarking on research that integrates information on molecular or cellular mechanisms of action with information on the effects of an agent observed in an intact organism, in experimental animal or clinical studies or both. Congratulations Priyanka!

Read more about the award here  and about the PhRMA Foundation here .

September 20, 2019 – By Amy Weaver Office of Communications and Marketing 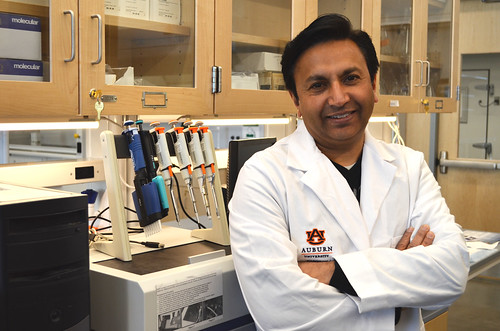 A researcher in the Auburn University Harrison School of Pharmacy has developed a novel drug for helping to fight the progression of Alzheimer’s disease.

Raj Amin, associate professor in the Department of Drug Discovery and Development, said current drugs that activate the class of nuclear receptors, known as PPAR-gamma or peroxisome proliferator-activated receptor gamma, have traditionally been used for improving insulin sensitivity in diabetic patients… 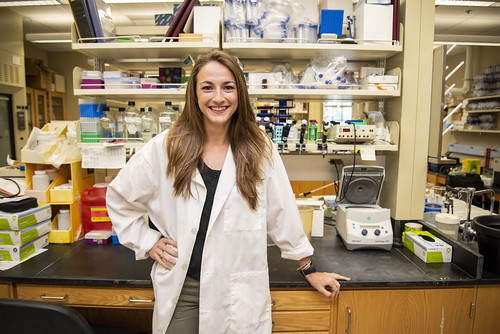 Alzheimer’s disease affects millions of lives around the world every year according to the 2018 World Alzheimer’s Report, but both the cause and cure to the disease remain a mystery to the medical field. Auburn University College of Human Sciences researchers are tapping into the study of food and diets to examine preventative measures, possible treatments and even potential cures to the disease. September 5, 2019 – By Amy weaver, Office of Communications and Marketing 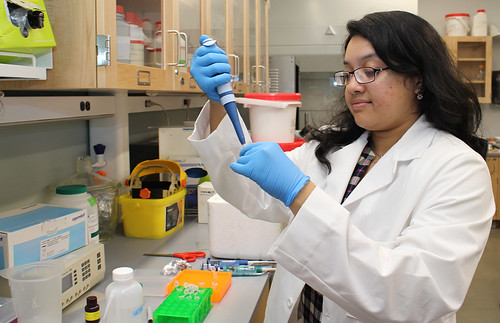 Auburn University Harrison School of Pharmacy researchers have found more and more expectant mothers are turning to marijuana and subsequently putting their baby’s memory at risk.

With a recent report claiming the number of women using marijuana during pregnancy had doubled in the last 15 years, Auburn doctoral student Priyanka Pinky sought to examine what effect it would have on the developing baby.

Students Win Awards at 2019 This is Research: Student Symposium Auburn University senior Drew Bonner is now a Barry M. Goldwater Scholar, an honor bestowed on only 496 students nationwide. The scholarship is widely considered the most prestigious award in the United States for undergraduates in science, technology, engineering and mathematics.

Bonner, originally from Birmingham, is majoring in microbial biology in the College of Sciences and Mathematics and was chosen this April from a field of nearly 5,000 college students. For many suffering from Alzheimer’s disease, alterations in the brain can begin 10 or more years before the appearance of symptoms and a diagnosis. Early detection in Alzheimer’s is critical and the search for those early markers drives the research of Harrison School of Pharmacy graduate student Sharay Setti.

Setti, a fourth-year doctoral student working under Dr. Miranda Reed in the Department of Drug Discovery and Development, was recently recognized for her work with a $10,000 fellowship from the American Foundation for Pharmaceutical Education. It marks the third consecutive year for Setti to receive the fellowship, which provides recognition and support for a diverse group of students as they pursue advanced pharmaceutical sciences education. Additionally, she was recently selected for one of the inaugural Auburn University Center for Neuroscience Initiative fellowships. Using cannabis while pregnant to ease morning sickness could damage the brain of a fetus, scientists who studied rats have warned.

Between 2002 and 2014, the rates of women using cannabis during pregnancy spiked by 62 percent in the U.S., and marijuana is the psychoactive drug used most commonly by pregnant women, according to the researchers at Auburn University, in Alabama. Expectant mothers turn to the drug because it can alleviate the symptoms of morning sickness.

As more U.S. states move to legalize the drug and the stigma surrounding its use falls away, scientists wanted to investigate its potential harm to fetuses.

Join one of our groups today. Learn more details here.