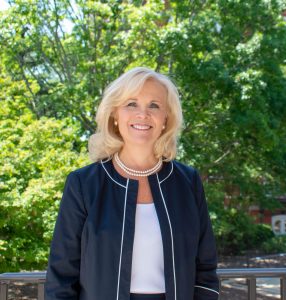 Dr. Susan Hubbard is Professor and Dean of the College of Human Sciences and Executive Director for the Hunger Solutions Institute at Auburn University.  Prior to taking leadership as of the Hunger Solutions Institute, Hubbard was instrumental in building the End Child Hunger in Alabama task force, a multi-sector collaboration that works to end childhood hunger in the state and the Institute’s first outreach initiative.

Hubbard is a recognized leader in research, teaching and outreach initiatives in the College of Human Sciences. For more than a decade, Hubbard served as the Associate Dean for Academic Affairs where she led student, faculty and program development. She has also served as the Hotel and Restaurant Management program coordinator, extension coordinator and external affairs coordinator during her 30-year tenure in the College of Human Sciences. In recent years, Hubbard has been recognized for her work as an administrator and advocate.  Among her many accolades, she has received the National Outstanding Advising Administrator Award from the National Academic Advising Association, the Pamela Wells Sheffield Award recognizing commitment and service to Auburn University, and the Hospitality Educator of the Year Award from the Alabama Restaurant Association and Alabama Hospitality Association.

An Auburn alumna, Hubbard earned her bachelor’s and master’s degrees from the College of Education and her doctorate in vocational and adult education with an emphasis in higher education administration. 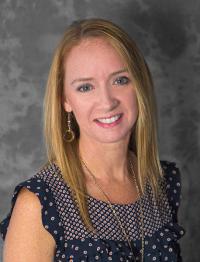 Prior to joining HSI, Powers worked as Extension Specialist/Community Health Coordinator with the Alabama Extension Supplemental Nutrition Assistance Program – Education (SNAP-Ed) at Auburn University. In this role, Powers developed, implemented and evaluated policy, systems and environmental strategies to increase access to healthy foods and physical activity opportunities for limited resource populations throughout Alabama. From 2007-2016, Powers served as an associate professor of Health Sciences at Furman University. During this time, Powers co-founded Live Well Greenville, a coalition of organizations partnering to ensure access to healthy eating and active living opportunities for every Greenville County, South Carolina resident. She also engaged students and fellow faculty in implementing and evaluating these community-based initiatives. 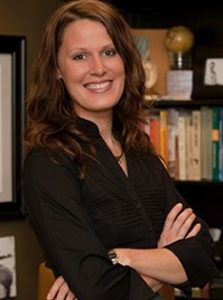 Kate Thornton, Ph.D.  serves as the Director of International Outreach for the Hunger Solutions Institute and the Director of Global Education in the College of Human Sciences at Auburn University. She has a varied background ranging from business to biochemistry and is interested in utilizing her diverse knowledge base to bring sustainable solutions to help solve the major global challenges facing the world today. She is passionate about connecting students with scholars and mentors across a spectrum of fields to create an environment where students are empowered to create solutions for the future. Thornton earned her Ph.D., as well as an MBA and an MS in Consumer Affairs from Auburn University.

Kate also holds a BS in Biochemistry and a BFA in Painting from Clemson University, where she achieved many academic accolades, including being named a Rhodes and Marshall Scholar finalist and Algernon Sydney Sullivan Award recipient. Her interest and commitment to solving problems of hunger and poverty stemmed from adopting her children from Ethiopia. Both of her boys were orphaned because of extreme hunger and poverty and while thankful for their place in her family, Thornton has committed her life’s work to eradicating hunger and poverty around the world so that other birth families will not have to relinquish their children for these reasons. Prior to her work in higher education, Thornton worked as a defense contractor in Washington, DC. 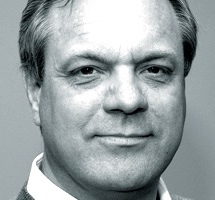 Roger Thurow is currently a Scholar in Residence at Auburn University College of Human Sciences. He joined the Chicago Council on Global Affairs as Senior Fellow on Global Agriculture and Food Policy, in January 2010, after three decades at The Wall Street Journal. For twenty years, he was a foreign correspondent based in Europe and Africa. His coverage of global affairs spanned the Cold War, the fall of the Berlin Wall, the release of Nelson Mandela, the end of apartheid, the wars in the former Yugoslavia, and the humanitarian crises of the first decade of this century, as well as 10 Olympic Games.

In 2003, he and Journal colleague Scott Kilman wrote a series of stories on famine in Africa that was a finalist for the Pulitzer Prize in International Reporting. Their reporting on humanitarian and development issues was also honored by the United Nations. Mr. Thurow and Mr. Kilman are authors of the recent book ENOUGH: Why the World’s Poorest Starve in an Age of Plenty. In 2009, they were awarded Action Against Hunger’s Humanitarian Award. Mr. Thurow’s most recent book, The Last Hunger Season: A Year in an African Farm Community on the Brink of Change, was published in May 2012. 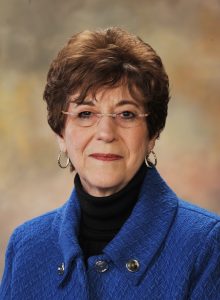 June Henton, PhD is Professor and Dean Emeritus of the College of Human Sciences at Auburn University. From 1985-2019, Dean Henton provided leadership for teaching, research, and outreach programming in subject areas that include nutrition/dietetics; food/ hunger, nutrition, and wellness; sustainable human development; relationships and health; consumer behavior/technology; and the science of design. In 2004, under Dean Henton’s leadership, Auburn was invited to partner with the UN World Food Programme (WFP) in a higher education war on hunger campaign. One of the most significant outcomes of this partnership has been the establishment of Universities Fighting World Hunger(UFWH) which was founded by Dean Henton in 2006 at the inaugural University Hunger Summit sponsored by Auburn University.

Building on Dr. Henton’s record of successful partnership activities with WFP and her role as founder of UFWH, the Auburn University Board of Trustees approved the establishment of the Hunger Solutions Institute (HSI) in February 2012 and named Dr. Henton as its first Executive Director. The HSI provides the infrastructure for UFWH and seeks to leverage the strengths of the public and private sectors to engage current and future generations in a sustainable approach to ending hunger. Recently, Dean Henton was honored by the White House as a Champion of Change for her work in food security, and in 2012 she was presented with the US Green Building Council of Alabama Award for her leadership in sustainability. Moreover, Dr. Henton received the 2012 Ellen Swallow Richards Public Service Award for her efforts in the fight against domestic and global hunger which was presented by the Board on Human Sciences of the Association of Public and Land-grant Universities. 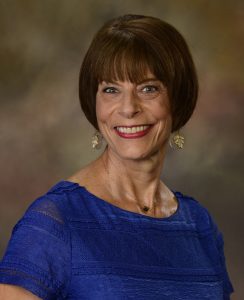 Harriet W. Giles, PhD, Professor Emeritus,  served a dual role as managing director of the Auburn University Hunger Solutions Institute (HSI) and as director of external relations for the Auburn University College of Human Sciences (CHS). In her external relations role, she was chief communications liaison for the College and provided leadership for a range of CHS outreach and programmatic initiatives, including the International Quality of Life Awards held annually at the United Nations.

As managing director of the Hunger Solutions Institute, Dr. Giles oversaw all of the programmatic and grassroots initiatives for the Auburn War on Hunger, a unique partnership with the United Nations World Food Programme (WFP) that began in 2004; provides leadership and coordinates programmatic efforts for Universities Fighting World Hunger (UFWH), a network of approximately 300 higher education institutions worldwide that she co-founded with CHS dean June Henton of Auburn University in 2006; and worked with the executive director and the director of strategy and policy of the Hunger Solutions Institute to build key public and private partnerships that will leverage the necessary resources required for the HSI to meet its strategic goals and to achieve global prominence. Dr. Giles also gave leadership to End Child Hunger in Alabama, a seven year campaign launched in 2012 as the first outreach initiative of the HSI.

Prior to assuming her current administrative positions within the College of Human Sciences and the HSI, Dr. Giles was a faculty member in the Auburn University Department of Human Development and Family Studies for 18 years. While in the department, she served as internship director and taught a range of courses that included child development theory, lifespan human development, hospitalized children and families, and professional development. She has conducted research and is published in the areas of mentoring and career development, child abuse, and hospitalization of children.

Dr. Giles began her professional career as an early childhood educator in the Alabama public school system in 1972. She was named a Rotary International Graduate Fellow in 1977, spending an academic year in London, England studying the British infant school educational model. She holds a B.S. in Early Childhood Education and an M.S. in Family and Child Development from Auburn University and a Ph.D. in Child and Family Development from the University of Georgia. Dr. Giles was named Outstanding Faculty in the College of Human Sciences in 1987 and was the recipient of the Algernon Sydney Sullivan Award (non-student) in 2013, the highest humanitarian recognition bestowed by Auburn University.