Dr. Jim Lacefield, author of Lost Worlds and Alabama Rocks, will present a program on the Geological Basis for Alabama’s Surprising Richness in Plant and Animal Species. Dr. Lacefield is a fascinating speaker who will entertain you all on Alabama’s rich geological history. The talk is geared for adults and children ages 8 and up, but children’s activities will be available for younger children.  The Geology Hike will be held on Saturday, July 21 at 10:00 AM and is $4 for KPNC members and $5 for non-members.  The Kreher Preserve is located at 2222 N. College Street in Auburn. 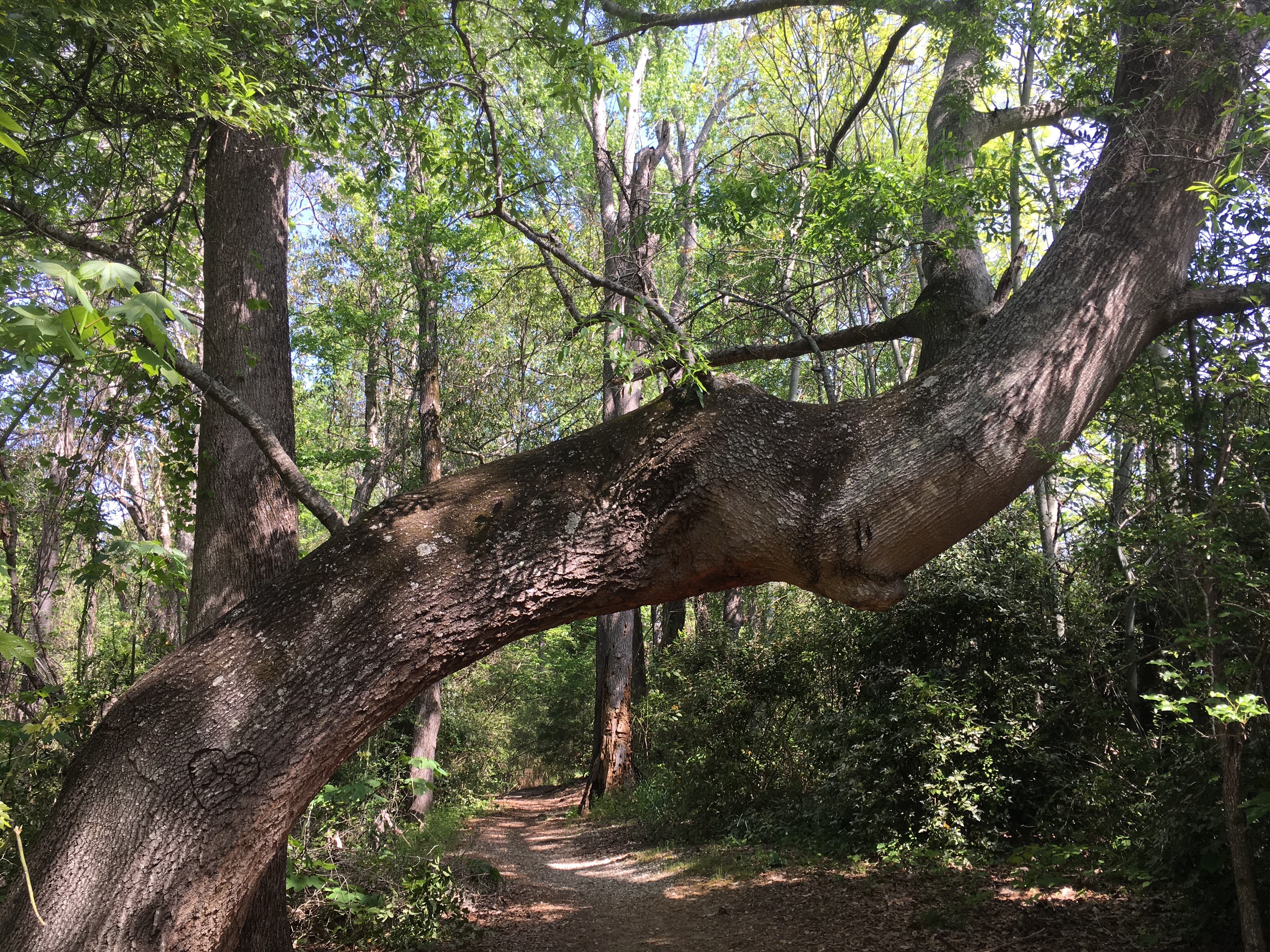 Come get to know the key tree species in your community. This program will teach you the basics of tree identification as well as some key characteristics of tree species you encounter everyday. We will hike through the trails of the Kreher Preserve and learn the names of these leafy neighbors. Program is $5 for non-members, $4 for members. Children 3 and under are free. 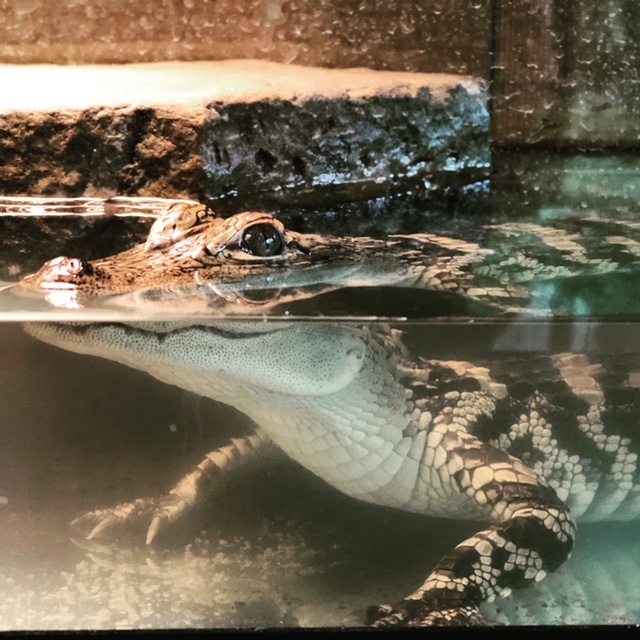 A baby alligator found in an Auburn neighborhood has made some big news the past few days.  The Kreher Preserve and Nature Center was honored to play a part in this gator’s story.

Articles describing the story can be found at the following: 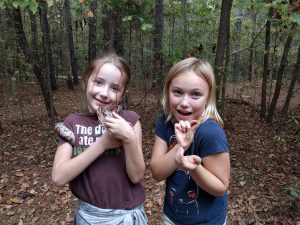 Don’t miss out on the fun of our ‘Unhuggables’ camp.  Spots are still available for the following sessions.

Camp is $110, with membership at the Magnolia level required.  To register: https://secure.touchnet.net/C20021_ustores/web/classic/store_main.jsp?STOREID=175 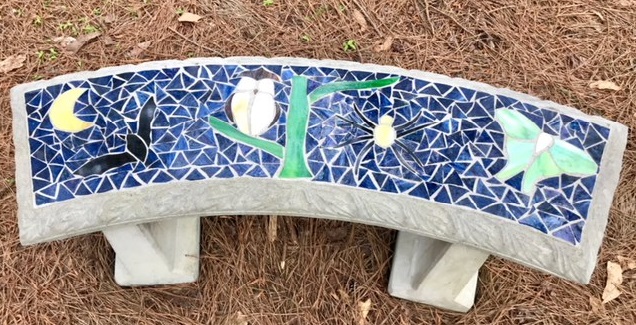 Join Kay Stone and Jennifer Lolley to learn the basics of making mosaic art on Saturday, April 21 from 9 a.m. to 1 p.m. Attendees will help create a piece of mosaic art for the KPNC and make a take-home trivet. The class covers safety rules, tools of the trade and how different materials are treated when applying mosaics. The fee for the workshop is $20/person (supplies included). Class size is limited to 15 people and children (10 and up) under the age of 16 years old must be accompanied by adult. Register at our website.

Due to weather conditions, we are unfortunately canceling the Fire on the Plains event on Saturday. After discussing the event with our fire ecology expert, Dr. John Kush, he reported that “The FoP event is being cancelled, not due to rain, as is the usual suspect, but the lack of rain, high fuel loads, and safety concerns for the attendees as well as the forest. The lack of measurable rain over the past week has left the fuel load at the Preserve very dry. Based on a prescribed burn conducted Wednesday on the Preserve and observing fire behavior, a very difficult decision was made to postpone the event until late autumn/early winter. In addition, the forecasted weather frontal system is going to bring swirling winds that will brings even more uncertainty to using fire on Saturday.”

We want to thank you all for your interest and support of this event. If you are interested in using fire as a management tool, there are several areas on the preserve property that have been burned in the last few weeks that you can visit as a reference for the effects of fire based on different forest cover. We are happy to answer any questions that you have on these areas.

We hope to see you at the Kreher Preserve soon! 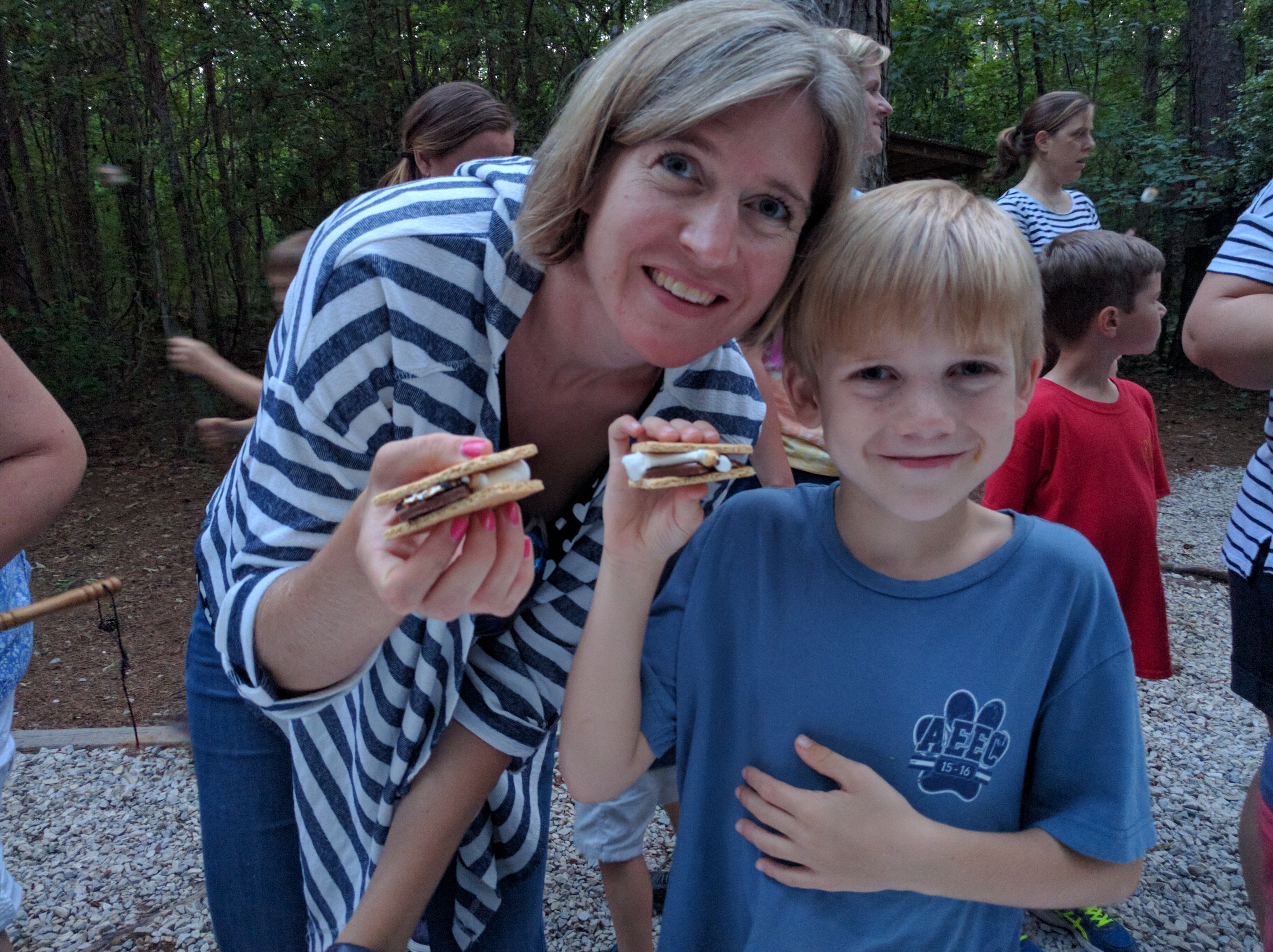 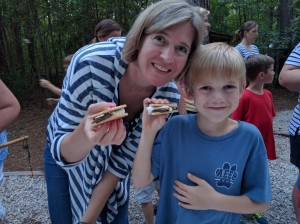 Join us for S’more Fun with Mom, Lee County’s Mother/Son adventure, co-hosted by the Kreher Preserve & Nature Center and the City of Auburn. S’more Fun with Mom will be offered two evenings; Thursday and Friday, May 10 and 11, 2018 from 6:00 – 8:30 p.m. This fun evening will include a night hike, craft, cookout, s’mores, and storytelling!  The cost is $30 per mother/son couple with an additional $10 for any additional sons.   To purchase tickets: https://secure.touchnet.net/C20021_ustores/web/classic/store_main.jsp?STOREID=175

Our mother/son duos may also visit a craft station and commemorate this special night with a 5×7 portrait by JRogers Photography ($10 per image – proceeds benefit the KPNC). Rain dates are Thursday and Friday, May 17 and 18.

Co-hosted with the City of Auburn. Sponsored by Auburn Opelika Tourism Bureau. Proceeds benefit the Kreher Preserve & Nature Center. In the event of rain date cancellations; purchased tickets will be applied as contributions. We apologize for any inconvenience, but refunds cannot be issued. A gift tax receipt may be provided upon request.

Forest Friends is an interactive educational preschool program designed for children and their parents.  The program meets for six weeks beginning either March 27 or 30 from 9:30-11:00am and will cover themes from the ‘Wonder of Water’ to ‘Noisy Nests’ and ‘Animal Detectives.’  Each week children will engage in their natural world through learning, crafts, hikes, and other activities. Cost is $45 per child and includes a t-shirt.  KPNC membership is required at the Magnolia ($35) level.  For any questions, email us at preserve@auburn.edu.

Join the Kreher Preserve and Nature Center and staff from the Auburn Public Library on Friday, March 2nd at 3:30 pm to celebrate Read Across America.

Enjoy stories being read every 20 minutes at our tree house in the Nature Playground, by the campfire at amphitheater, the dock at the pond or at Reptile Rest.

Enjoy our Story Walk for younger readers and the whole family where a book unfolds page by page as you walk along the trail or bring a book to place in the Little Free Library or find a new favorite to take home with you.

Program will be held at the Kreher Preserve & Nature Center located at 2222 N. College Street near the AU Fisheries and Hwy 280. For more information, visitauburn.edu/preserve, email preserve@auburn.edu, or call 334-707-6512.

Approximately 80 different bird species can be found on the property throughout the year, including the belted kingfisher, Mississippi kite and indigo bunting. The preserve habitat hosts migratory birds in the spring such as warblers, vireos, tanagers and orioles. Fall and wintering birds such as nuthatches, kinglets and woodpeckers are frequently observed.

Visitors to the Kreher Preserve are also able to observe various species of raptors including hawks, owls and vultures. Nesting bald eagles are present on nearby properties and are frequently observed flying into and over the preserve.

“The Kreher Preserve and Nature Center is enjoyed by the university community as well as thousands of locals and visitors every year,” said Janaki Alavalapati, dean of the Auburn University School of Forestry and Wildlife Sciences. “We hope that by adding it to the Alabama Birding Trail even more families will be exposed to the opportunity to enjoy this unique discovery center with its miles of beautiful trails, natural habitats and educational programs.”

Preliminary findings from the U.S. Fish and Wildlife Service’s 2016 National Survey of Fishing, Hunting and Wildlife-Associated Recreation estimates that in 2016, more than 101 million Americans—nearly 40 percent of the U.S. population—participates in some form of fishing, hunting or other wildlife-associated recreation such as birdwatching or outdoor photography.

“The economic impact of outdoor and wildlife-related recreation is a boom for the U.S. economy representing nearly 1 percent of the gross domestic product,” said John Wild, president of the Auburn Opelika Tourism Bureau.

“With the addition of the Kreher Preserve and the Lee County Fishing Lake to the growing list of birding sites in Lee County, including the Wood Duck Preserve and Chewacla State Park, we anticipate the new designations will draw more people to the Auburn/Opelika area who will also visit our hotels, enjoy meals in restaurants and make retail purchases while they are here.”

The Alabama Birding Trails is a partnership of the Alabama Department of Conservation and Natural Resources, the University of Alabama Center for Economic Development and the Birmingham Audubon Society. It highlights many of the birds found in Alabama and encourages economic development through a tourism-based model.

More information about Alabama Birding Trails can be found online.