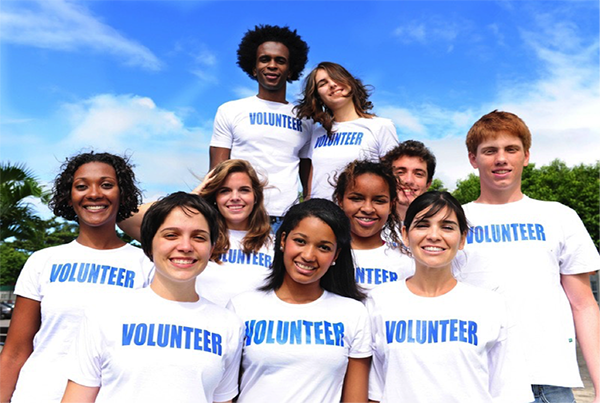 I am lucky enough to have a job I love; one that is consistent with my values. I work to educate people about hunger in America and get them engaged in helping to solve it. I’ve done this work as an organizer, a policy analyst, program manager and teacher. And one thing I have found to be true is that when people become aware of hunger, they want to do something about it.
Usually, they will donate food, organize a food drive or serve meals in a soup kitchen during the holidays. They may even become regular volunteers at a food pantry or start a feeding ministry at their church. It is this spirit of volunteerism that
drives the charitable response to hunger in our country. Feeding America tells us that almost 2 million volunteers contributed more than 8.4 million hours to food programs across their network in 2013 . That’s a lot of good will! 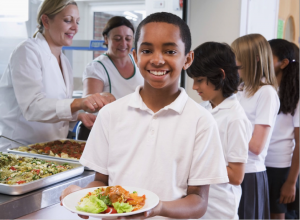 That good will does a lot of good. I have witnessed the gratitude of parents who are struggling to put food on the table for their families when they are gifted a box of groceries. I have seen the look of relief when someone at a soup kitchen knows they won’t have to go to sleep hungry that night. I have read letters of thanks from people who stated that without the community food pantry, life would be much more difficult. It feels good to help people. And most volunteers know the satisfaction of making a difference in someone’s life.

Once you understand that hunger exists, even in the wealthiest communities in America, you might start to ask some uncomfortable questions, as I did. I grew up in working-poor neighborhood in New York City; a city where the divide between the poor and the wealthy is very apparent. So I probably starting asking questions earlier than most. The central question, of course, is: In a wealthy country like America, how can 48.1 million people struggle with hunger?

Eventually, people come around to asking what we can do about hunger—how we can change things. But then, the doubts set in. They think, “This is such a big problem, can I really make a difference?” I have found when people start to think about addressing the root causes of hunger, they don’t know where to start. That’s understandable. The problem seems insurmountable.
Luckily for us, hunger in America is a solvable problem! Hunger in America in not inevitable. There is enough food to feed everyone; as well as the labor, infrastructure and technology available to get food to people who need it. The missing ingredient is willpower. The Alliance to End Hunger works to build the public and political will to end hunger at home and abroad. In this, the spirit of volunteerism can make a significant difference. 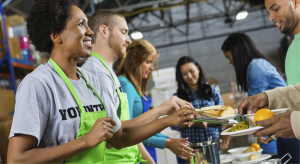 To help volunteers and anti-hunger organizations engage in raising awareness and demanding action from our political leaders, we created the Advocacy Playbook. This toolkit provides information about hunger in the U.S., resources, and step-by-step guidance on almost 30 advocacy activities. It’s a good place to start when you are wondering what to do about ending hunger.

No doubt, hunger is a big problem. When I start to get discouraged I think of my favorite quote from the late Nelson Mandela- “Poverty is not an accident. Like slavery and apartheid, it is man-made and can be removed by the actions of human beings.” Action is the key.

Note: When I refer to hunger, I am discussing ‘food insecurity.’ The definition and related statistics can be found at: Alisha Coleman-Jensen, Matthew P. Rabbitt, Christian Gregory, and Anita Singh. Household Food Security in the United States in 2014, ERR-194, U.S. Department of Agriculture, Economic Research Service, September 2015.