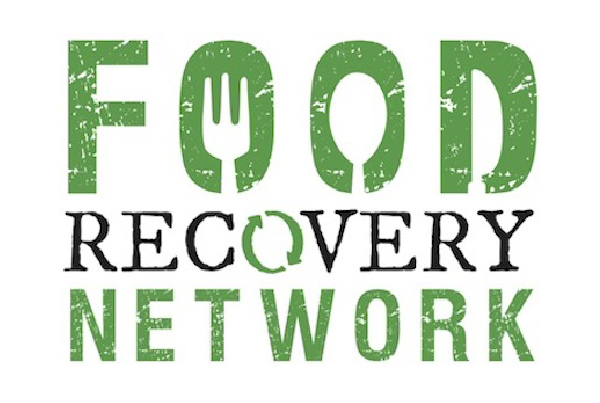 What started as a research project on urban agriculture for a freshman composition class sparked Kelsey Griffin’s passion for eradicating hunger in Detroit.

“Wayne County holds the nation’s highest rate of food insecurity. It’s estimated that 21.3 percent of its population is food insecure,” Griffin said. “Discovering and understanding that statistic really hit me.”

“The university is so connected to the surrounding community already,” Griffin said. “It seemed right to bring an organization here that directly benefits our community.”

UM-Dearborn’s Food Recovery Network began its partnership with Picasso Restaurant Group this past October. To date, the organization has collected more than 400 pounds of food leftover from various campus events and meetings. 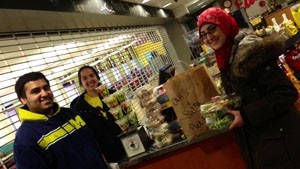 Griffin said that while Picasso works to create as little waste as possible, pre-packaged food still uneaten at the end of each week can’t be served the coming Monday. Rather than throwing it away, all surplus perishable foods are set aside and frozen for the Food Recovery Network. The student organization recovers this food every Friday, collecting packages of “grab-and-go” fruits, veggies, salads, sandwiches and other foods. The students then weigh it, log it and prepare it for transport.

Students transport the food to the organization’s partner pantry at St. Patrick’s Cathedral in midtown Detroit. Griffin forged a partnership with St. Patrick’s after learning that the pantry recently had to cut back its hours of operation in response to staff and food shortages. She and the Food Recovery Network are working to provide enough volunteers and food donations to restore St. Patrick’s original hours, keeping the pantry open five days a week.

Last month, they hosted a screening of the documentary A Place at the Table on campus followed by a panel discussion on food systems and security. And soon they’ll partner with Detroit’s Neighborhood BUG—Building Urban Gardens—to support urban farming initiatives in the city.

“The goal is to give students and community members a deeper understanding of the social, political, economic and environmental implications of food insecurity,” Griffin said.

Food insecurity has been a topic of growing interest on campus for a number of years.

During the 2012-2013 academic year, the university launched the Student Food Pantry to help address food insecurity on campus. Since its inception, the pantry has distributed more than 5,000 pounds of food, plus non-perishable items like toiletries and cleaning supplies.

Aryka Rice, coordinator for civic engagement in the CIViC, assists in the management of the pantry.

“Hunger is linked to so many issues, such as lack of concentration and mental and physical development. We also believe if students are having trouble securing food, they may be having difficulty securing other necessities as well,” she said. “We strive to provide students with temporary food assistance that supplements SNAP and WIC benefits and to connect them to outside, long-term resources.”

Rice said her office wants to increase awareness about food insecurity throughout the state—especially as it relates to college students. She’s currently working to coordinate a food pantry conference, which would be hosted by UM-Dearborn and would allow Michigan universities to collaborate and network with each other and with other community resource providers.

Griffin and Rice are just two of the many students that have a vision for a hunger-free community. For Griffin, a better future is in sight.

“Food insecurity is a solvable problem. There is a paradox between our amount of food waste—through overproduction, and to some extent, poor distribution, if you consider food deserts—and the number of people who are still struggling to secure a sufficient amount of food,” she said.

“Through recovery and awareness we can eliminate our food waste problem. This would not only reduce greenhouse gas emissions, but we would also be eliminating hunger.”