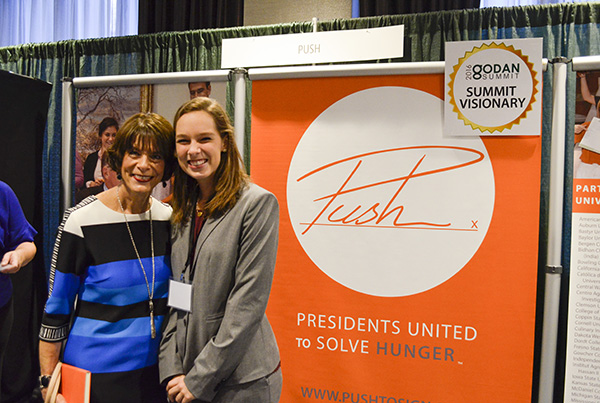 New York City has been painted in movies and TV as a “world of opportunity” with hopes, dreams, and fresh ideas, so it made sense to place the 2016 GODAN Summit in the heart of this city. GODAN is the initiative to encourage Global Open Data for Agriculture and Nutrition to make information and research more easily accessible for people all over the world. The idea is to combine innovative technology (like apps, computer programs, and internet databases) to further empower farmers and others in developing countries with the information they need to better their circumstances. On September 15, 2016, researchers, government officials, business owners, and students like myself from across the globe came to this lively city to learn about this cause. 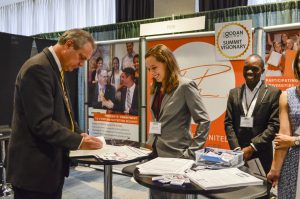 As I walked around the exhibit halls, I was overwhelmed with the amount of research, government programs, and non-profit initiatives that were dedicated to learning about and helping the hunger crisis in developing nations. Some of the people represented were the Government of the United Kingdom and the Government of Kenya, the World Food Programme, Thought For Food Foundation, and Presidents United to Solve Hunger (PUSH).

Even though the Summit was geared towards professionals, students were not overlooked. Steven Prager, Senior Scientist of the International Center for Tropical Agriculture, spoke to his session on how “we need to recognize the importance of incorporating the skills and passions of millennials.”

Millennials’ creativity was put into action as many students competed in the GODAN Hackathon. Thought For Food and Presidents United to Solve Hunger challenged students to build a prototype product and/or service that utilized open data to improve food systems in significant and practical ways – but they onl 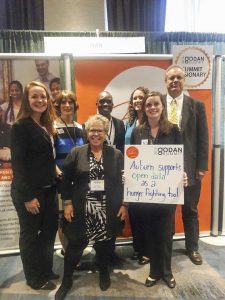 y had 24 hours to do so. The Hackathon began on Thursday morning and the winners were announced after lunch on Friday. The winning product was FarmTrade, a buying and selling platform for farmers to sell their excess crops to distributors to reduce food waste. The winning team has received access to a mentorship program and funding so that they can make their prototype a thriving reality.

Students were also used in the communications field. Through the Social Media Ambassadors and student photographers, the most important moments and ideas of the conference were documented so that people who were not in NYC could still participate in the Summit. The Social Media Ambassadors used Twitter, Facebook, and Instagram to further the word about open data and how it can be used to help the hungry in developing nations. One group of dedicated students had the opportunity to go on the Today Show at Rockefeller Center to televise the cause and continue to spread the word of open data.

As I left New York after the Summit, I was filled with a sense of hope that the movies about New York always talk about. I am filled with a hope that I, and other young people like myself, can eradicate global hunger within our lifetimes because we have the skills, innovation, creativity, and technology to make that happen. I am so grateful for the opportunity to participate in GODAN and am excited to see and learn from the initiatives that GODAN begins.